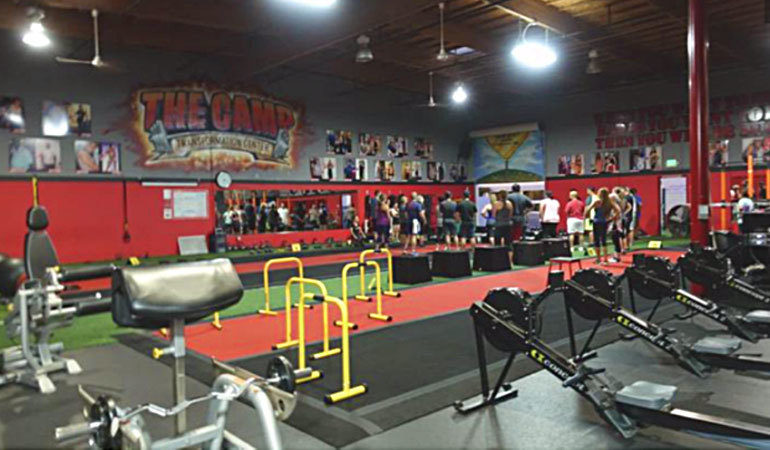 (Sacramento Business Journal) - A fitness franchise that aims to accommodate all skill levels is the latest exercise chain eyeing the Sacramento area.

The operators of The Camp Transformation Center, which is based in Chino Hills, are "aggressively looking in Sacramento," according to co-founder Alejandra Font. She's searching for local franchisees, and hopes to eventually have four or five locations in the greater Sacramento area.

The first of those sites could open by the end of 2019, according to Font. The chain currently has no local presence.

The Camp focuses on weight loss and offers boot camp-style classes that are 50 minutes long. "We try to target average American people that have been ignored in the fitness space," Font said.

With a target demographic of ages 25 to 55, The Camp is aimed at both men and women. Men make up about 30 percent of its clients, Font said.

She was attracted to Sacramento because of its growth, and its number of millennials.

The chain generally looks for locations of between 4,500 and 5,000 square feet, in light industrial or retail spaces.

The Camp was founded in 2010 and has 106 locations, most of which are in California, Font said. The chain charges a franchise fee of $40,000, according toits website. Opening a new location requires a total investment of $167,000 to

The Camp would join several growing fitness chains in the Sacramento area, ranging from large gyms to smaller boutique concepts. The businesses have filled local vacancies as landlords look for experience-oriented tenants amid an uncertain climate for brick-and-mortar retailers.

A separate franchise chain, North Carolina-based Burn Boot Camp, recently announced plans to possibly have 12 locations in the greater Sacramento area. That chain also has a boot camp setup, but is aimed at women.

Membership fees at The Camp are typically around $100 to $120 per month, according to Font.